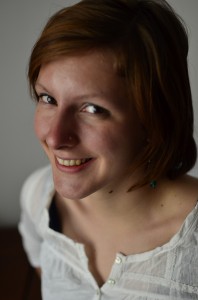 Ivana Raposova works as a Junior Research Fellow in the Centre for Research of Ethnicity and Culture (CVEK) an independent research institute dealing with the minority issues and minority rights in Slovakia. Ms. Raposova deals with the issues affecting the quality of life of a variety of minorities in Slovakia. She is mostly interested in the situation of Roma and migrants.

Ms. Raposova is currently doing a research on good practices in inclusive education at Slovak elementary schools. She also takes part in the campaign “Slovakia for All”, which aims to bring together minority community leaders and human rights activists across Slovakia and help them to find the common ground, unite and strengthen their voice. It is precisely this latter activity that she incorporated into her pre-departure activities, and in which Ms. Raposova could benefit tremendously from the GLC training later on, as the minority communities in Slovakia are generally politically, as well as publicly, underrepresented and very fragmented.

In the past, Ms. Raposova used to be a youth leader working actively with the group of children and young adults in YMCA. She used to organize regular meetings, trips, summer camps, as well as the trainings for other youth workers. In 2013, she spent 4 months in Nepal teaching English in the rural community school. During her volunteer years, Ms. Raposova has attended several trainings in leadership, youth work and experiential education. However, she has not had a chance to participate at a training focused specifically on community organizing. Given her current occupation and interests, this competence can be crucial for her future work with the minorities in Slovakia.

By education Ms. Raposova is a Sociologist. She has acquired her Master’s Degree from the Masaryk University in Brno, Czech Republic, where she is currently persuing her Ph.D. As a part of her studies Ms. Raposova spent one semester at the Bosporus University in Istanbul, Turkey. Her current research interest is directed towards community urban festivals as means of overcoming social tensions and creating inclusive common places. She prefers ethnographic qualitative methods trying to understand the perspective of the people. She speaks English, German and Czech.

Ms. Raposova has been to the United States already three times, always working during the summer through the “Work and Travel program”. She always loves coming back and discovering new and deeper layers of the complex and diverse American society. She would like to use the opportunity to visit the States once more to acquire a better understanding of the American civil society, especially how the NGOs operate and how the community work is being done. 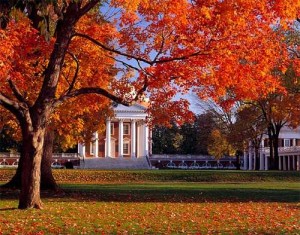 Ms. Raposova would prefer to work with migrants, refugees, Romas and youth. The acquired knowledge and skills she would like to use in order to professionalize her own work with the minority communities and their representatives. She possess strong organizational skills; she has a team-player soul, and she has a passion for education, both, as an educator, as well as a constant learner.

In her free time Ms. Raposova loves travelling, getting to know new cultures and cuisines, doing yoga or jogging. She is vegetarian trying to avoid the dairy products.

Ivana will have her internship at Virginia Organizing (Charlottesville, Virginia) together with the fellows Peter Petek and Cristinela Ionescu 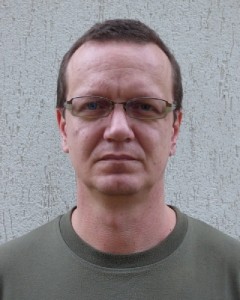 Peter Petak is working as a Leader of community workers at the Hungarian Association for Community Development, as well as at the Civil College Foundation. Both organizations focus on working with different disadvantaged groups like Roma, unemployed, disabled, and poor people. From 2010 he has been supporting community workers who work with marginalized social groups. His tasks include trainings and consultations, workshops and network organizing, both in countrywide programs and in programs focusing on areas of deep poverty in Eastern Hungary.

Mr. Petak was a founder of a successful and well known neighborhood NGO which represented the interests of the local community in the town of Pecs. He also organized civil coalitions and cooperations of NGO’s. He participated in developing and teaching the first officially recognized community organizer training in Hungary. His speciality area is the organization of campaigns for community issues. 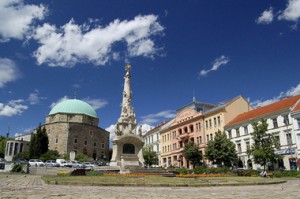 Mr. Petak graduated with an MA from the University of Pecs, Faculty of Humanities in 1994, and he has completed studies as a Community Development Trainer at various institutions between 2003-2014.

This is his first opportunity to visit the United States. In the previous years, Mr. Petak has started to work intensively on community organizing, and he devoted much energy to the introduction and widespread adaptation of community organizing in Hungary. For this purpose, he would like to learn, gain experience and find partners in this exchange program.

Mr. Petak is a father of five boys, and in his free time, he enjoys making excursions with his family, and reading.

Peter will be having his internship at Virginia Organizing (Charlottesville, Virginia)