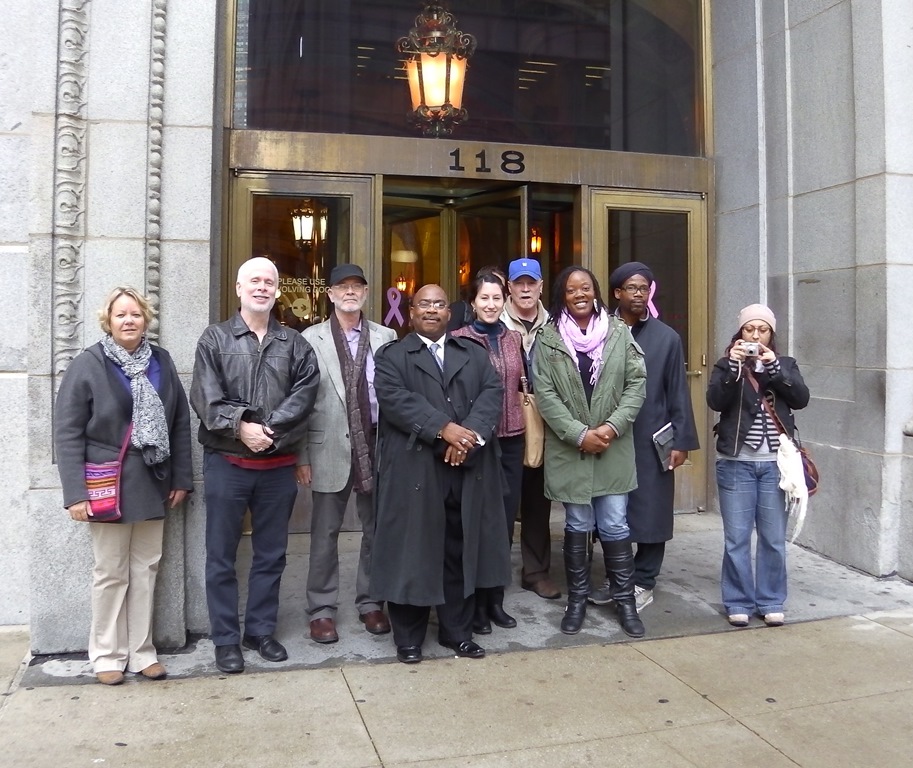 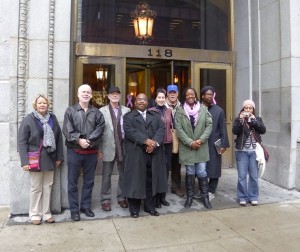 Over the past year and a half, housing and social service advocates in Chicago have worked quietly to tackle a controversial issue — easing CHA’s long-standing restrictions on residents with criminal records. They formed a Re-entry committee, drafted a pilot program and found a sympathetic ear at the very top of the Chicago Housing Authority (CHA) — Charles Woodyard, who just last month committed to keep meeting with them about the idea.
On October 17, the members of Chicago Coalition for the Homeless (CCH) decided to take a direct action and visit the Chicago Mayor’s office. European interns Lia Gaudi and Boba Baluchova joined the group of CCH advocates in order to deliver the letter to Rahm Emanuel’s office — to request a meeting about the proposed CHA Re-entry Pilot Project. 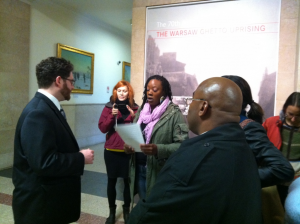 Pastor Charles Austin is one of the advocates with the Chicago Coalition for the Homeless (CCH) on the issue of CHA withholding housing from people re-entering from incarceration brought to light by CCH’s Reentry Committee. According to him: “After coming out from the County Jail people are suggested to rebuild their life. But it is very hard to rebuild the life without the foundation of a stable place to live. This Re-entry project can help convicted offenders find place to live more quickly.”
It was very interesting direct action. But also the debriefing led by the director of CCH was also very important in order to understand the process of thinking, planning and acting of community organizers. European fellows took photos and recorded the video of whole event.