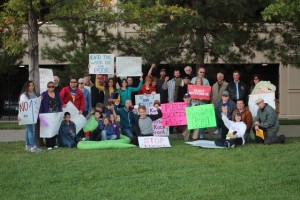 KPI is part of American Legislative Exchange Committee (ALEC) and is connected to manipulative researches that feed bad policy and legislation proposals in the sphere of education, healthcare and environment. The protest was organized in collaboration between trade unions and community organizations and groups, among which Sunflower Community Action, Wichita. 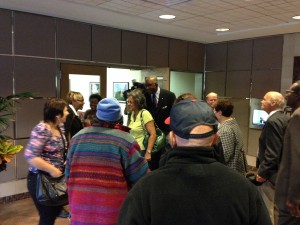 Kalina Hristova (Bulgaria) and Oana Botezan (Romania) with Arkansas Community Organizations were part of the group that visited U.S. Rep. Tim Griffin’s office in Little Rock delivering a letter calling for him to vote to end the government shut down, lift the debt ceiling, end the automatic spending cuts and raise revenue by closing corporate tax loopholes. ACO was coordinator of the meeting. 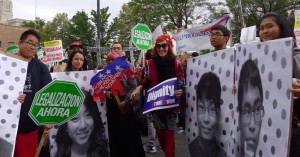 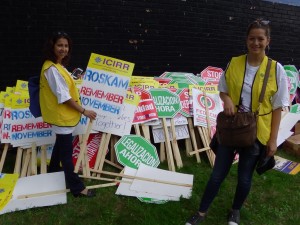 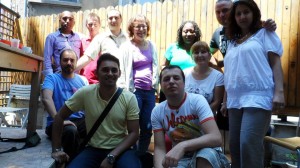 The second European delegation with 19 fellows will be in  the U.S. from September 30 – November 9, 2013. They will participate in group seminars, round-table discussions, site visits, and had interactions with United States leaders. A tailored 3-week internship with mentoring, multicultural events, and participation in volunteer activities as well as in the Professional Fellows Congress in Washington, D.C. will also be included in the 6-week professional fellows program. Participants will prepare a 6-9 month  individual and group Action Plan for follow on activities. They  will have opportunities to experience the American family life and the diversity in the U.S. through staying with American host families during showbox download their internship in Little Rock (Arkansas), Chicago (Illinois), Manchester (New Hampshire), Langley Park (Maryland), Toledo (Ohio), Detroit (Michigan)  Wichita (Kansas), St. Paul (Minnesota), Philadelphia (Pennsylvania and   New York (New York). 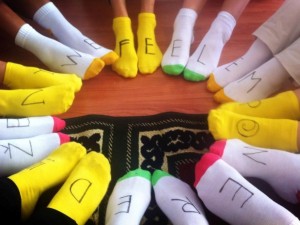 During the spring/summer of 2013 the Great Lakes Consortium announced a small grant application opportunity to any of the 2012 alumni for them to complete some projects. Small grants (under $2,000 each) helped to cover expenses of the projects but alumni contributed their volunteer time, brought in additional resources and engaged others to do the same. Small grant support was also available to create training materials or other publications that are connected to this exchange program so more people can benefit from the experience. From the four countries altogether 26 of the 32 alumni submitted applications and successfully completed their projects by August 30, 2013.

They proposed and implemented a variety of activities including issue organizing, parent and/or youth organizing, training/seminar/workshops, involving disadvantaged people from urban or rural communities, with special emphasis on Roma and disabled people. As pokemon go gps signal not found a result thousands of people became familiar with com-munity organizing and many of them were youth who got very interested to continue this type of community work. In the small grant projects alumni collaborated with others who participated in different exchanges and they brought back different experience to share. Some U.S. mentors also helped the alumni in the organizing in Europe and/or preparing training materials.

Read more about the activities in the newsletter

Read the testimony of the 1st U.S. Mentor Delegation who visited Europe during the summer.